After 60, a fresh start: “I decided to become a yoga instructor because I didn’t want to be a forgotten elderly woman.”

Sharone McAllistr, 65, was ready for a change rather than a rest after working as a hairdresser for many years. And she’s only getting started with her yoga classes.

Sharon McAllister’s daughter gushed about yoga so much that McAllister herself was intrigued when she went through the training to become a yoga teacher. She had worked as a hairdresser for years before enrolling with four strangers in a 250-hour intensive yoga teaching course in Spain this year at the age of 65. What do I want to do with the rest of my life? I pondered. What can I provide you? Can I be of any service, or am I simply going to be another invisible old lady? Where she resides in Essex, she has already served as a cover instructor for 10 classes.

“You have your own distinct skills to provide,” her instructor advised her. Though she is still refining her own teaching style, she has observed that the assisted savasana, or corpse pose, she uses to end her classes is very well-liked. During this pose, she offers her class participants postural adjustments for their feet, arms, heads, necks, and shoulders.

I’m used to touching people because I’ve worked in the hair industry. Exchanging energy with touch feels natural and is something I can offer others.

When McAllister was a young girl, her father suggested that she choose a career in hairdressing. He had been schooled by his father, who was a barber himself. In a family photograph from the 1920s, McAllister’s grandfather is shown working in the salon.

When McAllister was younger, adults would frequently pat him on the head and say, “I expect you will join the family business.” I would smile at them while gritting my teeth and saying, “No I bloody won’t!” Though I did. And I was quite appreciative of it.

McAllister discovered that she wasn’t cut out for a career in fashion and textile design while finishing her degree. She explains, “I wanted to go out on my own.” With £1,000 and the help of her father, she launched her own salon, Buddies, at the age of 22.

In the 1970s, My fashion hero was Vidal Sassoon. My dissertation was about him. In the small town of Brightlingsea, I had grandiose illusions, she claims. She adorned the salon in cream and brown, added cork tiles to the walls, and hung spider plants from macramé hooks. She styled her hair in a short strawberry blond pixie cut. It was really favorably received. There were no male-only barbers in the area at the time. It was extremely innovative.

McAllister cherished his trips to London. “Back then, you could enroll and attend the Vidal Sassoon school or the Wella school for advanced styling.” She took over her father’s salon once he retired, then she bought a third.

In the 1970s, her brother competed in hairdressing competitions and won the world title. McAllister “was more focused on maintaining community harmony in my area.” Being a hairdresser all my life has been such an honor. You had the most incredible encounters. You engage in the most wonderful discussions.

Three salons, however, proved to be too much. Her two leases expired. Then, in 2008, she fell and shattered her arm. “I was unable to hold scissors or a comb. The salon had to be shut down for three months. In terms of haircuts, that is a long time.

When she returned, she was 53. “It was a different world. I was starting again. And I found that my age went against me. People expect women in hairdressing to be younger. And I wanted to do other things with my life.”

She says, “I like to think that when I’ve done teaching a yoga session, people go out feeling happy, content, delighted, and relaxed. “Those are the exact emotions I wanted customers to have when they left my salon. In exchange, I’ve been able to maintain my body flexible and my mind sharp. It’s been incredible from a physical, emotional, mental, and psychological standpoint. It’s all about the learning journey, she adds of those hairdressing classes from years ago. 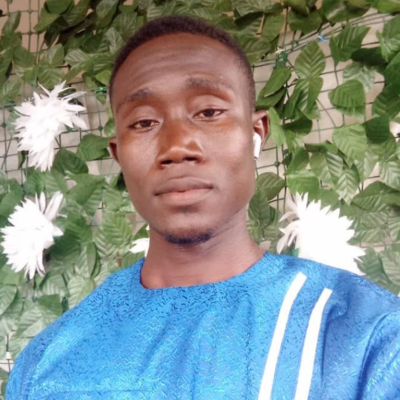